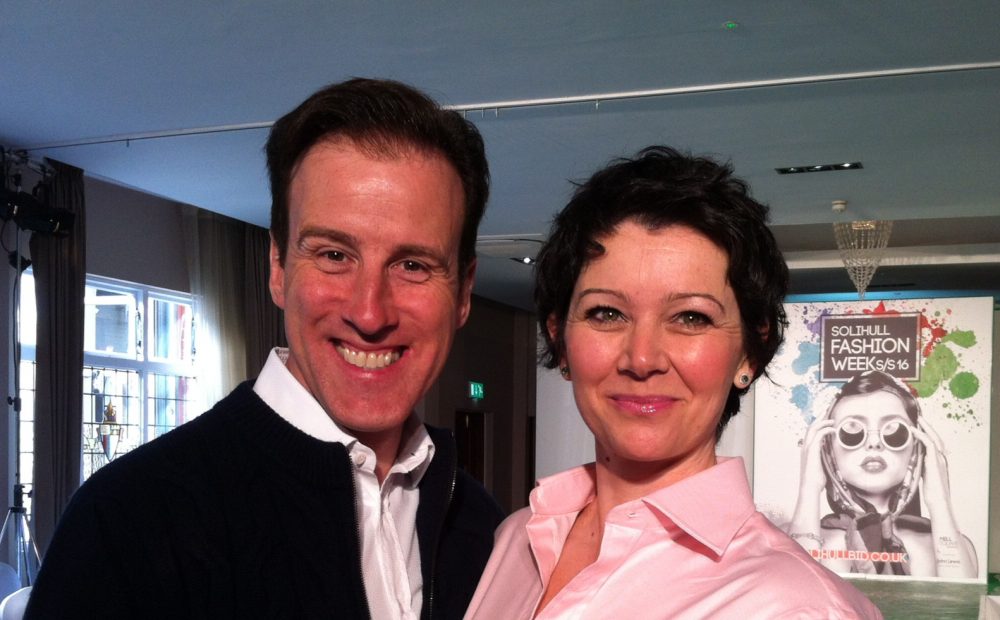 STRICTLY ONCE IN A LIFE TIME!

This post needs little introduction and I’ll let it’s content speak for it’s self. Opportunities like this happen probably only a few times in ones life time. It was the chance to meet and interview a star! The star that is the very charming and charismatic Mr. Anton Du Beke.  I think most of you know that I was involved with Solihull Fashion Week in a Fashion Blogging capacity and that I was able to meet Anton and watch the VIP Fashion Week Launch on Thursday 21st April which was hosted by The Strickly Come Dancing star and the lovely Sameena Ali-Khan from ITV. Prior to the show I was asked if I would like to interview Anton. I have to admit that I thought I would be part of a “questions and answers” panel who would be able to ask Anton our questions. As I arrived early for the show I was informed that I had about 10 minutes to interview him in a one to one situation! At this point the nerves started to set in. I blushed when I met him and actually had to admit to him face to face that I was a bit star struck! To which he replied “Ah, bless!” The nerves built as I watched a pro interview him in front of a “real” camera. My cheeks matched my shirt but I put on a brave face! Anton was charming and kind and even asked me some questions to avoid what could have been an awkward silence. I was able to ask him about his style and find out that he felt most comfortable being well dressed and that he didn’t really “do” casual. The fit of his clothes is very important to him and he loves little style details that give your look individuality and personality. “I do love a tassel”, he said as he spotted Stacey’s fringed loafers! His flare on the dance floor is reflected in his flare for fashion. I realise he has I strong sense of style but not just for style sake but style that suits him and who he is. I think we could all learn a few lessons from his approach to getting dressed! What a real pleasure to meet the true gent that is Anton Du Beke. The nations favourite dancer.

Share this:
Comments Off on STRICTLY ONCE IN A LIFE TIME!

Holiday 2021 NO.3! A Puffer Coat – Many Ways!! NO MORE DULL DENIM! JUSTINE TABAK JUMPING FOR JOY IN A NEW JUMPSUIT! HOLIDAY 2020 STYLING A SATIN SLIP SKIRT! THE MARMITE DRESS! A JUMPER WITH A HEART!